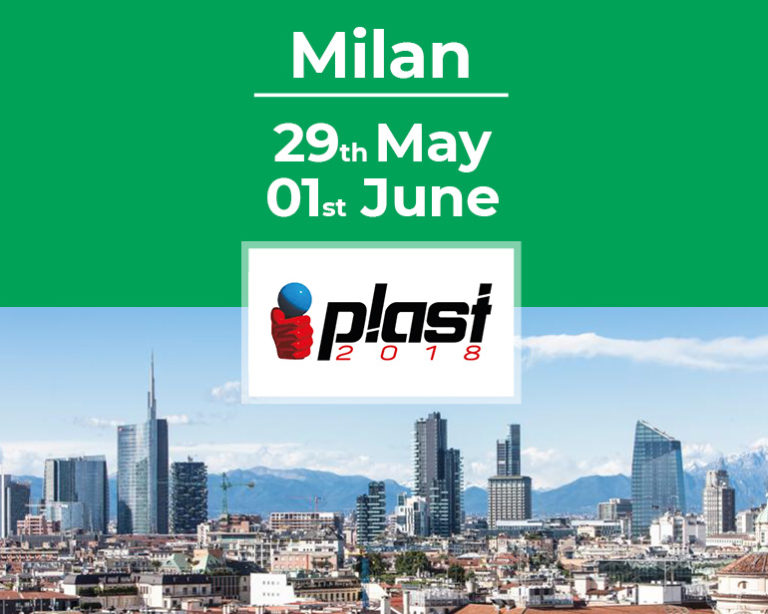 PLAST is one of the main events for the plastics and rubber industry. The fair takes place in Milan every three years, and attracts all the most important companies in the industry. Frilvam certainly could not miss it. For the occasion, it set up a stand celebrating 70 years in business and launched new product lines, embellished with a new look.

Plast is held from 29th May  to 1st June at Fiera Milano. Getting there is simple: take the red line on the subway and get off at the Rho-Fieramilano stop [you need to buy a suburban ticket]. If you are going by car, once you arrive in Milan, you can take the A8 motorway (towards Varese-Como) or the A4 motorway (towards Turin) and, in both cases, you will reach the “Fieramilano” motorway exit.

” Our first 70 years! Spent with the same passion as when we started, but with much more experience and cutting-edge technology. We have made a gift to celebrate our anniversary: a special logo, designed for the occasion, which will be visible on the Frilvam stand “

TO SEE AND TO KNOW

Frilvam is the leading company in Italy in the production of masterbatches for very specific needs. Plast 2018 will be an opportunity to present our new product lines to the public: white/black prism, additive prism, coloured prism, bio prism and brem prism, with new graphics and described in a completely renewed product catalogue.

The Milan Fair is one of the most important trade fairs in Europe. Milan, at the same time, has grown a lot as a city in the last decade, strengthening itself in the services sector, urban planning, culture and social relations. So, after the fair, spending an evening in Milan is always a unique experience, with many characteristic places to eat or drink with friends.

Ristorante Cracco
Galleria Vittorio Emanuele II
Recently opened in the Milanese high class area, it finished up in the headlines for its not entirely cheap prices and for the refinement of its dishes. Not a typical Italian restaurant, but definitely an experience worth trying.

Enrico Bartolini Mudec
via Tortona, 56
Located on the third floor of the Museum of Cultures, in the heart of the design district, it is a place with experimental cooking as its strong point.

Dicocibo
Via Antonio Cecchi, 10
Traditional Italian dishes in a modern restaurant dominated by white with minimal chandeliers and live music.

Terrazza 12
via Durini, 28
Lounge bar inspired by the style of the 50s, on the top floor of the Brian & Barry building, in Piazza San Babila. Beautiful view and very rich drink list.

Bulgari Hotels & Resorts
Via Privata Fratelli Gabba, 7b
A luxury hotel, located in an eighteenth-century building with a large garden. The rooms are elegant and have a sense of grandeur: they are the exact metaphor of the brand they represent.

Park Hyatt Milan
Via Tommaso Grossi, 1
Within walking distance, literally a stone’s throw, from the Galleria Vittorio Emanuele. A luxurious venue whose beautiful spa is its flagship./span>

Brera Art Gallery
Via Brera, 28
A national gallery with ancient and modern art. Located in a beautiful building in one of the most characteristic areas of the city, it was officially established in 1809. It contains over 24,000 works, with some absolute masterpieces of art: Piero della Francesca, Raffaello and Francesco Hayez are just some of the prominent exhibited names.

Museo of the Twentieth Century
via Guglielmo Marconi, 1
Masterpieces of the twentieth century in Piazza del Duomo. The collection has many reference points: there is Il Quarto Stato by Giuseppe Pellizza da Volpedo, as well as beautiful paintings by Pablo Picasso and Futurism art, in a special exhibition dedicated to the current one established in Milan.